F.T. and G.N. review Marvel Universe Live at the Alamodome 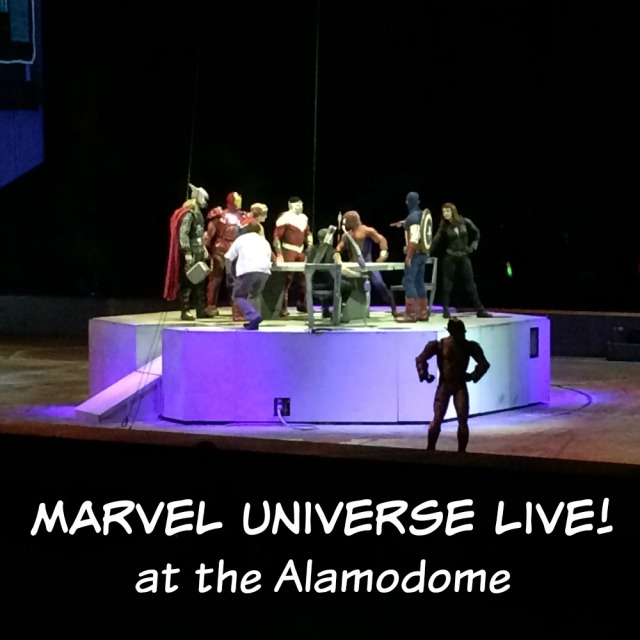 That was double awesome.

My son, F.T., loved seeing Marvel Universe Live, and now my daughter, G.N., sees female superheroes in a new light. As an Alamo City Moms Blog contributor, I received a set of free tickets to Friday night’s performance at the Alamodome. I hope you and your family have time to see the show this weekend: it repeats Saturday, January 24 at 11 a.m., 3 p.m., and 7 p.m., and Sunday, January 25 at 1:30 p.m. and 5:30 p.m. Buy tickets online or walk up to the box office.

I’m a huge fan of the Marvel cinematic universe, especially the recent Avengers movies, but I wasn’t sure how they would translate on stage. The show uses theater magic to bring movie special effects to life. Light effects include lasers, pyrotechnics, flames, strobe lights, and projections. Sound effects include the pops and booms of fist fights and gun battles, pre-recorded voice tracks that mimic the movie actors, and music tracks that are upbeat or ominous. The actors express themselves through movement—acrobatics, fight choreography, wire work, and use a variety of machines: jeeps, motorcycles, and aircraft that seem to hover from hidden cables.

Beyond just the special effects, the story held my kids’ interest. Loki is the big villain; as F.T. says,

He wants to make the cosmic cube to get more powerful.

G.N. was thrilled to see the female superheroes. She said:

My favorite good guy is Iron Man. I like his suit.

Wondering about logistics? Parking at the Alamodome is $20, and I thought it was worth it to park close by. The show is in two acts, with an intermission for concession and bathroom breaks, and lasts a little under two hours overall. Doors open an hour early, so you can run around the concourses and scope out the merchandise. Unlike the symphony and the opera (who knew?!?), late seating is allowed. 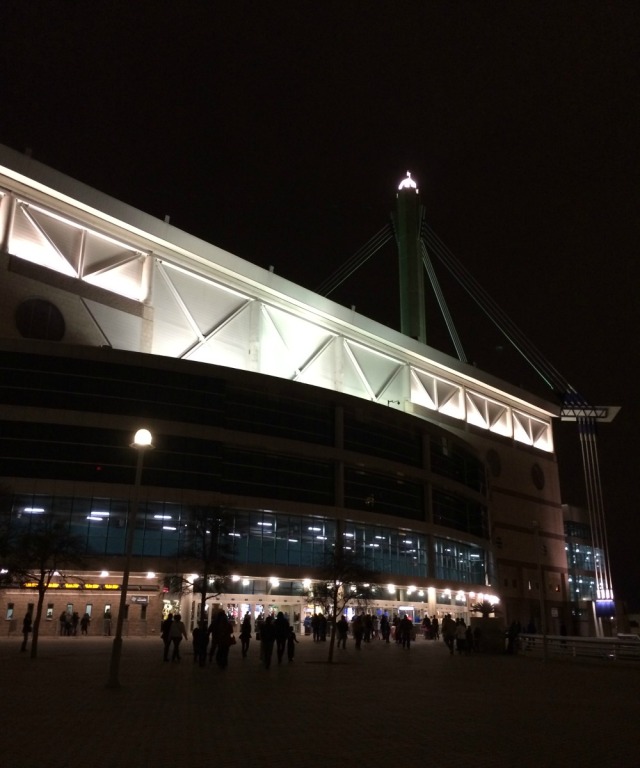 The ideal age for Marvel Universe Live is probably 5 to 10 years old, but the younger kids in the audience seemed delighted, and the adults near us could not hide the amount of fun they were having. Sensory notes: The noise level was like a movie theater, not as loud as a rock concert, and was not overwhelming for my kids. Some of the pyrotechnics and blackouts were surprising, but not upsetting. The stage fighting is fun and exciting, not gory or sadistic. The language is G-rated. My favorite line, from Iron Man: “Let’s go kick some Asgard.”

Disclosure: I received free tickets to see Marvel Universe Live at the Alamodome. All opinions are my own . . . unless they are F.T.’s or G.N.’s.

A nonprofit in San Antonio, Texas that helps families research school options and become advocates for high quality education.
View all posts by sachartermoms →
This entry was posted in Events, FT and GN review, News, Off-Topic and tagged AlamoCityMomsBlog, alamodome. Bookmark the permalink.